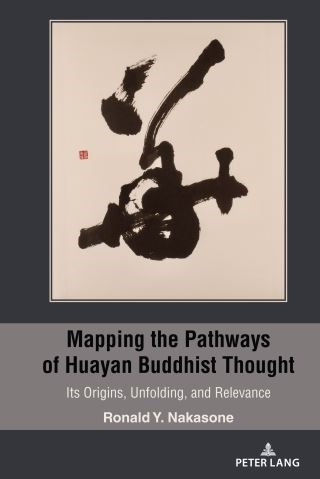 Its Origins, Unfolding, and Relevance

The Huayan scholar-monk Fazang (643-712) formulated, with the ‘Ten Subtle and Unimpeded Dharma-Gates’ of Pratītyasamutpāda, or ‘Ten Dharma-Gates,’ a series of cognitive and affective paradigms that describe how the Enlightenment-Mind apprehends reality. These patterns, in turn, model the way Buddhists understand, explain, configure, reflection, imagine, and engage the world. The basis for these paradigms is the truth and experience of pratītyasamutpāda, ‘dependent-co-arising,’ which the Buddha intuited.

This book traces the origins and unfolding of the insight of an interdependent and multi-centered reality, which Fazang crystallizes with the ‘Ten Dharma-Gates,’ and employs that insight to reflect on modern ethical and moral concerns, curriculum design, and aesthetics. Examination of the presuppositions of Buddhist thought—distinguishing it from the certainty of absolute-centered ideologies that subsume all meaning and values—should be of interest to academics. Aestheticians, artists, and Buddhist devotees will appreciate the intuitive sources of Buddhism. This book opens new vistas for Buddhist studies.

Ronald Y. Nakasone, a member of the Core Doctoral Faculty at the Graduate Theological Union in Berkeley, California, earned his MA from Ryūkoku University in Kyoto, Japan, and his PhD from the University of Wisconsin-Madison. He has written extensively on Buddhist doctrine, ethics, and aesthetics, aging and spirituality, and Ryūkyūan studies. He is a Jōdo Shinshū priest and a skilled sho(calligrapher)-artist.