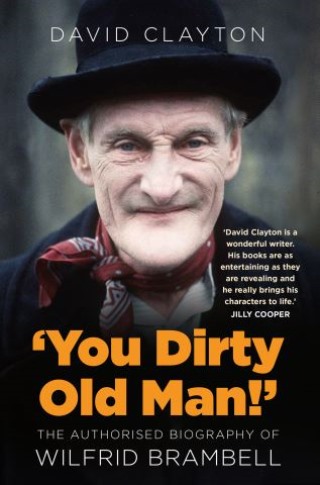 The Authorised Biography of Wilfrid Brambell

Wilfrid Brambell was one of Britain’s most loved and complex character actors. As Albert Ladysmith Steptoe, the unscrupulous rag-and-bone man with questionable habits in Ray Galton and Alan Simpson’s long-running Steptoe & Son, he quickly became a household name with co-star Harry H. Corbett. But despite scores of other successes in roles on stage, TV and film, Brambell died a sad and lonely man.

Alongside fame and fortune, ‘You Dirty Old Man!’ reveals how Brambell suffered unbelievable personal heartache, battling an inner turmoil that eventually drove him to drink as his marriage collapsed in the most deceitful circumstances imaginable. His torment led to a secretive life off camera where he did everything possible to stay out of the public eye.

Featuring original interviews with film directors Richard Lester, Terence Davies and Tony Palmer, as well as recollections from his own family members, the family of Harry H. Corbett and those who worked alongside him, author David Clayton seeks to re-examine the legacy of a man whose loyal fanbase remains undiminished sixty years on from his heyday.

David Clayton: David Clayton is an acclaimed biographer, whose titles include The Richard Beckinsale Story and The Curse of Sherlock Holmes: The Basil Rathbone Story (both published by THP).