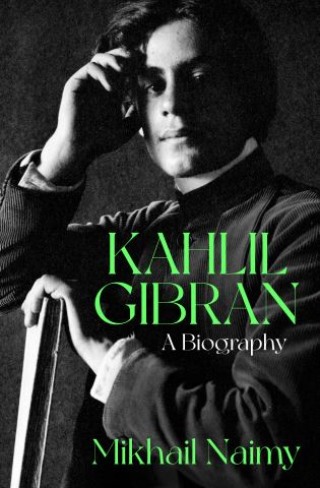 An intimate, literary biography of the renowned Lebanese-American poet, written by his close friend and fellow author.

Best known for his collection of prose poetry, The Prophet, Kahlil Gibran is a legendary figure of early twentieth century literature. In this biography, Mikhail Naimy digs beneath the mythologized persona. Here is Gibran the man: wanderer, lover, and seeker of truth and beauty.

Naimy, for whom Gibran called on his death bed, was a literary leader of the Middle East. He speaks as a direct observer and confidant, setting forth in intimate detail the incidents of Gibran’s life. Many of Gibran’s previously unpublished writings and sayings are included, throwing new light on the perspective and personal thoughts of a writer who has been so influential in the worlds of literature, art, and philosophy.

An extensive supplement includes, among other valuable material, Gibran’s last will and testament, and a series of personal letters written by him to the author over the years.

Mikhail Naimy: Mikhail Naimy (1889–1988) was born in Mount Sannine, modern-day Lebanon. He was an author and poet of the New York Pen League. He wrote ninety-nine books, including dramas, essays, poetry, criticism, short stories and biographies. Among his best-known books is TheBook of Mirdad, a mystical text first published in Lebanon in 1948, which was translated into English and published in London in 1962. Naimy was a biographer and longtime associate of Kahlil Gibran, the Lebanese writer, artist, poet, and philosopher, and Naimy penned the first biography about him (originally published in Arabic) in 1934. The biography was later translated into English and reprinted in 1950.