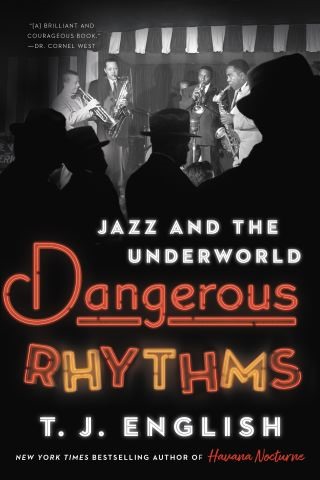 Jazz and the Underworld

Dangerous Rhythms tells the symbiotic story of jazz and the underworld: a relationship fostered in some of 20th century America’s most notorious vice districts. For the first half of the century mobsters and musicians enjoyed a mutually beneficial partnership. By offering artists like Louis Armstrong, Earl “Fatha” Hines, Fats Waller, Duke Ellington, Billie Holiday, Lena Horne, and Ella Fitzgerald a stage, the mob, including major players Al Capone, Meyer Lansky, and Charlie “Lucky” Luciano, provided opportunities that would not otherwise have existed.

Even so, at the heart of this relationship was a festering racial inequity. The musicians were mostly African American, and the clubs and means of production were owned by white men. It was a glorified plantation system that, over time, would find itself out of tune with an emerging Civil Rights movement. Some artists, including Louis Armstrong, believed they were safer and more likely to be paid fairly if they worked in “protected” joints. Others believed that playing in venues outside mob rule would make it easier to have control over their careers.

Through English’s voluminous research and keen narrative skills, Dangerous Rhythms reveals this deeply fascinating slice of American history in all its sordid glory.

T.J. English is a noted journalist, screenwriter, and author of the New York Times bestsellers Havana Nocturne, Paddy Whacked, The Savage City, and Where the Bodies Were Buried. He also authored The Westies, a national bestseller, Born to Kill, which was nominated for an Edgar Award, and The Corporation. His journalism has appeared in Esquire, Playboy, and New York magazine, among other publications. His screenwriting credits include episodes for the television dramas NYPD Blue and Homicide, for which he was awarded the Humanitas Prize. He lives in New York City.