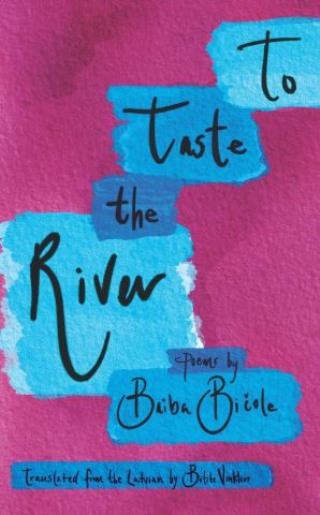 To Taste the River

Baiba Bičole belongs to the postwar generation of Latvian poets living in exile who reached artistic maturity outside their native country and broke with the older exile generation’s traditional, nationalistic poetry. In To Taste the River, Bičole's poems are lyrical and personal, often with intense emotion and startling imagery. Shown through different prisms, like variations on a theme, her subjects include separation, loss, and time; the power of language and song; and love. Central to her vision is nature, both as subject and metaphor. Appearing most frequently are waters (rain, mist, ice, rivers), birds, sun, and sky. Her unique voice renders a continuing motif of thirst, along with the need for freedom and movement, usually expressed through transformation. Nature in her poetry is distinct in that it is rooted in the world of the traditional Latvian folk songs, the dainas, where nature is animistic and personified, and the human and natural worlds are deeply interrelated. This is Bičole's first collection of poems in English translation.

Baiba Bičole: Baiba Bičole, born in Latvia in 1931, left as a refugee during World War II, and since 1950 has lived in the United States. Though she has been a major Latvian poet since the 1970s, until Latvia regained its independence in 1991, she was known primarily in the West, as an exile poet, her work banned in Soviet-occupied Latvia. She is the author of six collections of poetry, and has received important Latvian literary awards, from the Zinaīda Lazda Foundation, the Raisters Foundation, and the World Federation of Free Latvians (PBLA). For many years she taught Latvian literature in Latvian American schools and was the editor of the Latvian newspaper Laiks.