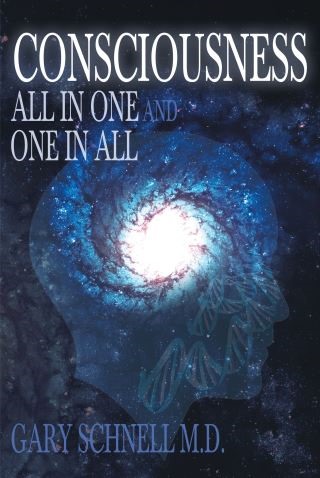 All in One and One in All

This book is a product of my desire to come to grips with the death of my son Darryl by suicide nine years ago. Separations and losses are ubiquitous on a daily basis from birth to death. They can be big or small, real or imagined, anticipated or historical. Though we would all like to believe we respond to such traumas in a controlled and rational fashion, biological and psychological development conspire together to predispose us to deal with such separations and losses on an irrationally unconscious level that engages our fight-or-flight response. It is this fear-laden predisposition, referred to as ego, that very much influences our ever-evolving sense of consciousness, our search for meaning and sometimes God, and ultimately yields to a belief on individual separation, one from another. It is the intended purpose of this book to promote the courage and curiosity necessary to explore such issues, which conflict with an apparent underlying unity of the cosmos, as represented by the theory of quantum physics and potentially supported by the many varieties of reported psychic phenomena. An alternative theory of consciousness is presented as consistent with the unity of quantum physics. However, this can be appreciated and understood as we attempt to neuroplastically rewire the neural circuitry of our brains by weakening those connections associated with the fight-or-flight response while strengthening alternative areas that are more thoughtful and empathetic. A variety of ways to nurture such change are noted, including a focus on mindfulness/meditation. It is my hope such change may promote an increased sense of internal peace, interdependence with others, and awareness of the potential oneness of the entire cosmos. Thus, the science of quantum physics and the spirituality of oneness are two sides of the same coin. This profound understanding has been near to lifesaving for me as it allowed me to place my son's death into a meaningful context, previously unavailable to me.