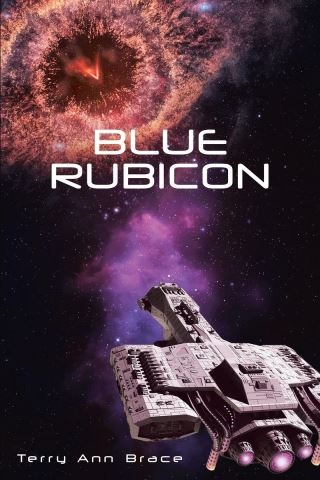 In the year 3008, Theresa Bray woke up from an unexpected cryonic suspension from the year 2015. Theresa Bray finds out that most of the water on Earth is contaminated. Theresa wants to join Earth's federation to collect freshwater from the Andromeda I Galaxy. A former spaceship engineer who is now a whore gets Theresa into the federation. She also has one of her brothers insert a dead captain's brain implant in Theresa's brain to get her up to speed with the times. Theresa finds out she isn't who she thinks she is, and some people aren't who they seem to be either. During her years in the federation, Theresa Bray gets curious if her husband was cryogenically suspended too. She finds the base station where she was cryogenically frozen. It is called the Cryo-Gyro. Instead of finding her husband's cryo-pod, she finds something else. When the water is collected from the Andromeda I Galaxy, most of the crew gets infected with a virus. The virus has a collective consciousness and wants to get to Earth. Theresa Bray teams up with other forces of the universe to destroy the virus before it reaches Earth.