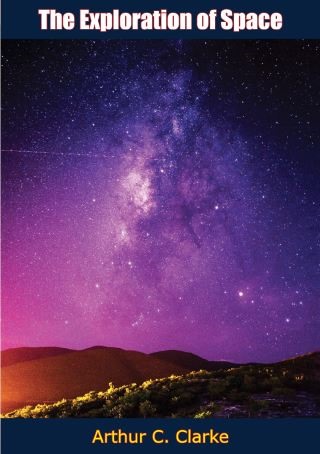 The Exploration of Space

“This book has been written to answer all the questions which the intelligent layman asks about the new science of "astronautics"—a subject which is increasingly in the public eye. The treatment, though scientifically accurate, is entirely non-technical and the many remarkable plates-four in full colour-give a vivid impression of the way in which space-travel may be achieved. Among the subjects illustrated are: the refuelling of spaceships in free orbit outside the atmosphere, the construction of a "space-station", an automatic rocket surveying Mars, the lunar base, and dawn on the planet of a multiple sun. All these illustrations are based on a sound scientific foundation and every effort has been made to be factually accurate and to avoid mere fantasy. None of the difficulties of interplanetary travel has been shirked, and the many engineering, medical and similar problems which must be overcome before space-travel is possible are fully discussed The book also gives a clear and very readable picture of Man's place in the Universe, describing the planets he may explore during the next century, the methods that could be used to colonise them despite their alien conditions, and the ultimate effects which astronautics may have upon humanity. Quite apart from its interplanetary theme, The Exploration Of Space is thus a fascinating introduction to astronomy and combines excitement and instruction in a manner which should appeal to everyone.”—Print ed.