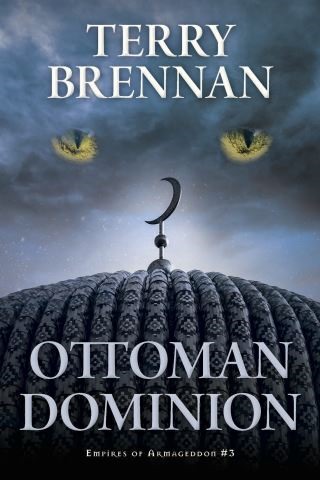 Diplomatic Security Service agent Brian Mullaney wants out. He's been drawn against his will into a dangerous international mission with world-ending implications--and his final assignment is going to pit him directly against the terrifying, evil entity known only as the Turk.

But when the Turk's minions breach the US embassy in Israel and the American ambassador disappears, Mullaney has no choice. He must accept his role as the final guardian of a mysterious box, his only weapon against the powers of darkness bent on preventing the second coming of the Messiah, no matter who or what they annihilate to accomplish their goal. Can this man who's already lost so much find the strength and faith to save the world--and fulfill the prophecy of peace?

The final volume of the Empires of Armageddon trilogy will have fans of Joel Rosenberg, Ronie Kendig, and Frank Peretti on the edge of their seats up to the final page.

Terry Brennan: Terry Brennan is the award-winning author of The Jerusalem Prophecies series, including The Sacred Cipher. He was the leader of a Pulitzer Prize–winning journalism team and has received the Valley Forge Award for editorial writing from the Freedoms Foundation. He and his wife, Andrea, live in Danbury, Connecticut. More on Brennan can be found at terrybrennanauthor.com.