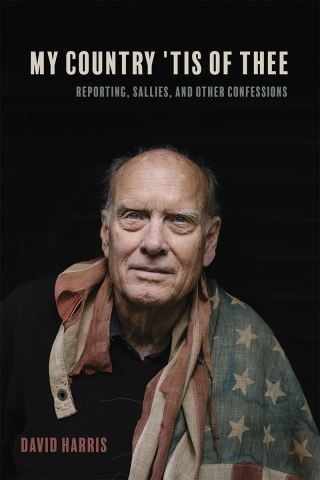 My Country 'Tis of Thee

Reporting, Sallies, and Other Confessions

David Harris is a reporter, a clear-eyed idealist, an American dissident, and, as these selected pieces reveal, a writer of great character and empathy. Harris gained national recognition as an undergraduate for his opposition to the Vietnam War and was imprisoned for two years when he refused to comply with the draft. His writings trace a bright throughline of care for and attention to outsiders, the downtrodden, and those who demand change, and these eighteen pieces of long-form journalism, essays, and opinion writings remain startlingly relevant to the world we face today. This career-spanning collection of writings by an always-independent journalist follow Harris from his early days as a prominent leader of the resistance to the Vietnam War, through regular contributions to many publications, including Rolling Stone and the New York Times, and on into the twenty-first century.

Born in Fresno and elected student body president of Stanford University in 1966, Harris has always had an undeniably Californian point of view—he imagines the future with an open heart and mind and pursues stories out of genuine curiosity, embedding himself among striking farmworkers, marijuana growers, the homeless on LA’s skid row, and occasionally, redwood trees. Inspiring, clarifying, and fearless, his abiding and lucid patriotism insists that our country live up to its own ideals.

David Harris: A fourth-generation Californian and legendary antiwar activist, David Harris is a former contributing editor at Rolling Stone and the New York Times Magazine and the author of eleven books, including The Last Stand, published in paperback by Heyday. Visit his website at www.davidharriswriter.com.