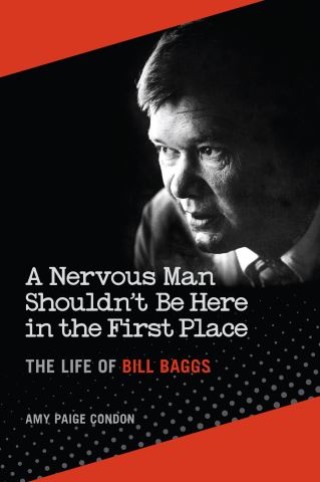 A Nervous Man Shouldn't Be Here in the First Place

The Life of Bill Baggs

"This is not a simple life, my friend, and there are no simple answers."

The late editor of the late Miami News, Bill Baggs, stamped these words on plain white postcards and sent them to readers who sent him hate mail—a frequent occurrence, as Baggs, a white editor of a prominent southern newspaper, championed unpopular ideas in his front-page columns, such as protecting the environment, desegregating public schools, and peace in Vietnam.

Under his leadership, the Miami News earned three Pulitzer Prizes. For his stances, Baggs earned a bullet hole through his office window, police officers stationed outside his home, and a used Mercedes outfitted with a remote starter so that if it had been rigged with a bomb, it would blow up before he opened the door. Despite his causes and accomplishments, when Baggs died of pneumonia in 1969 at the age of forty-five, his story nearly died with him, and that would have been a travesty because Baggs still has so much to teach us about how to find the answers to those not-so-simple questions, like how to live in peace with one another?

In this first biography of this influential editor, Amy Paige Condon retraces how an orphaned boy from rural Colquitt, Georgia, bore witness and impacted some of the twentieth century’s most earth-shifting events: World War II, the civil rights movement, the Cuban Missile Crisis, and the Vietnam War. With keen intellect and sparkling wit, Baggs seemed to be in the right place at the right time. From bombardier to reporter then accidental diplomat, Baggs used his daily column as a bully pulpit for social justice and wielded his pen like a scalpel to reveal the truth.

Amy Paige Condon: AMY PAIGE CONDON is the founder of the Refinery Writing Studio and the associate editor of Beacon, a quarterly news magazine published by the Savannah Morning News. She is the coauthor of Wiley's Championship BBQ Cookbook and The Back in the Day Bakery Cookbook.