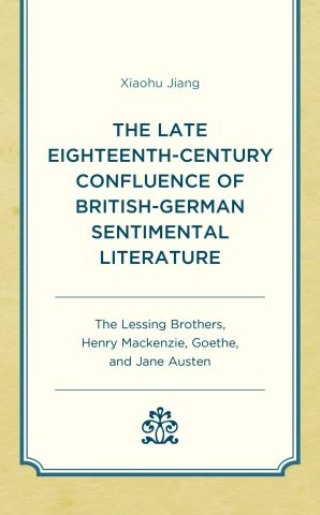 The Late Eighteenth-century Confluence of British-German Sentimental Literature: The Lessing Brothers, Henry Mackenzie, Goethe, and Jane Austen analyzes the literary exchange and influence between British and German literature. Xiaohu Jiang focuses particularly on the process of this mutual influence—that is, translation—by observing how the political and cultural imbalance between the British and German literary fields impacted the conceptions, attitudes, and (in)visibility of translators in Britain and Germany in the late eighteenth century. To this end, Jiang carefully reads the paratexts of these translations, analyzing the resemblances between Henry Mackenzie’s The Man of Feeling and Goethe’s Die Leiden des jungen Werther and arguing that The Man of Feeling is a vital source of influence for Die Leiden des jungen Werther. Furthermore, this book also presents an in-depth analysis of Jane Austen’s creative appropriation of Die Leiden des jungen Werther and her oscillating attitudes toward sensibility, which is evidenced not only in her own texts, but also from her brother’s articles in The Loiterer. Scholars of literature, history, and international relations will find this book particularly useful.

Xiaohu Jiang is post-doctoral researcher at the University of Vienna