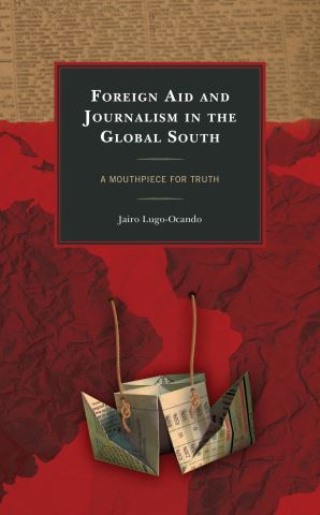 Foreign Aid and Journalism in the Global South

A Mouthpiece for Truth

Foreign Aid and Journalism in the Global South: A Mouthpiece for Truth examines the way in which foreign aid has shaped professional ideologies of journalism as part of systematic and orchestrated efforts since the beginning of the twentieth century to shape journalism as a political institution of the Global South. Foreign aid pushed for cultural convergence around a set of ideologies as a way of exporting ideology and expanding markets, reflecting the market society along with the expansion of U.S. power and culture across the globe. Jairo Lugo-Ocando argues that these policies were not confined to the Cold War and were not a purely modern phenomenon; today’s journalism grammar was not invented in one place and spread to the rest, but was instead a forced colonial and post-colonial nation-building exercise that reflected both imposition and contestation to these attempts. As a result, Lugo-Ocando claims, journalism grammar and ideology differ between societies in the Global South, regardless of claims of universality. Scholars of journalism, international relations, Latin American Studies, and history will find this book particularly useful.

Jairo Lugo-Ocando is director of executive and graduate education and professor in residence at Northwestern University in Qatar.