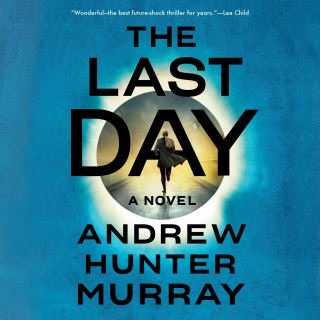 A visionary and powerful debut thriller set in a terrifyingly plausible dystopian near-future—with clear parallels to today's headlines—in which the future of humanity lies in the hands of one woman, a scientist who has stumbled upon a secret that the government will go to any lengths to keep hidden.

A world half in darkness. A secret she must bring to light.

It is 2059, and the world has crashed. Forty years ago, a solar catastrophe began to slow the planet's rotation to a stop. Now, one half of the globe is permanently sunlit, the other half trapped in an endless night. The United States has colonized the southern half of Great Britain—lucky enough to find itself in the narrow habitable region left between frozen darkness and scorching sunlight—where both nations have managed to survive the ensuing chaos by isolating themselves from the rest of the world.


Ellen Hopper is a scientist living on a frostbitten rig in the cold Atlantic. She wants nothing more to do with her country after its slide into casual violence and brutal authoritarianism. Yet when two government officials arrive, demanding she return to London to see her dying college mentor, she accepts—and begins to unravel a secret that threatens not only the nation's fragile balance, but the future of the whole human race.

"A tantalizing, suspenseful odyssey of frustration, deceit, treachery, torture, hope, despair and ingenious sleuthing… Murray has so thoroughly thought through the ramifications of his conceit and conjured up such a dramatic plot and stellar cast of characters that he might have set a new standard for such tales." —WASHINGTON POST

Andrew Hunter Murray: Andrew Hunter Murray is a writer and comedian. He is one of the writers and researchers behind the BBC show QI and also cohosts the spinoff podcast, No Such Thing as a Fish, which, since 2014, has released 250 episodes, been downloaded 200 million times, and toured the world. It has also spawned two bestselling books, The Book of the Year and The Book of the Year 2018, as well as a BBC Two series No Such Thing as the News. Andrew also writes for Private Eye magazine and hosts the Eye's in-house podcast, Page 94, interviewing the country's best investigative journalists about their work. In his spare time he performs in the Jane Austen–themed improv comedy group Austentatious, which plays in London's West End and around the UK. The Last Day is his debut novel.