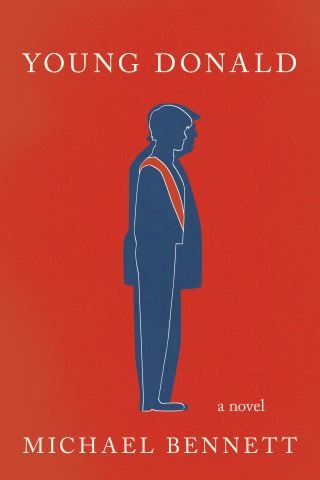 1) NOT JUST SATIRE. Though both humorous and fictional, this is a deep, character-driven piece of literary fiction about the emergence of young Donald’s vision for his future and the future of his family.

2) EXCEPTIONAL SUPPORTING CHARACTERS. Rather than content himself with a sketch-comedy depiction of a young Donald, Bennett writes exceptional surrounding characters, knitting a complex and interconnected web of personalities, from the school’s faculty to its only minority cadet to New York real-estate magnates to Hong Kong triad bosses.

3) WITTY ROMAN A CLEF. While this work is entirely fictional, it’s witty and satirical bent should attract the attention of liberal readers fed up with the narcissistic kleptocrat-in-chief.

4) PERIOD CHARM. Separate from it's humor and plot, the novel is a well-researched and crafted trip back to an age before America had set foot on the moon, an age of idealism prior to King and Kennedy’s assassination or Watergate.

5) THE ELECTION! We think there is immense marketability tied into the election and will be putting together an all-star cast of blurbers, from fiction, nonfiction, and celebrity.

Michael Bennett: Michael Bennett is a lawyer by training and a writer by compulsion. After growing up in California, he graduated from Wesleyan University and Columbia Law School. Michael has lived and worked in New York, Tokyo, Hong Kong, Paris and Washington, D.C. He has published articles in numerous legal and financial journals around the world and is a dedicated supporter of the Yakult Swallows baseball club. Young Donald is his first novel.