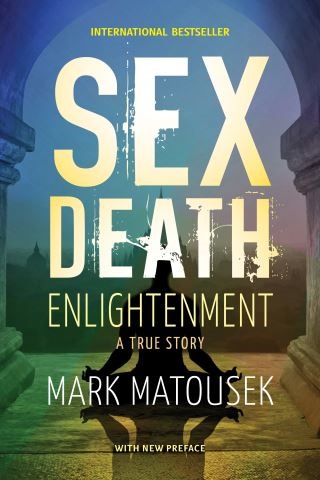 Born in Los Angeles on February 5, 1957, Mark graduated from the University of California, Berkeley in 1979, and received a fellowship to Worcester College, Oxford, after being awarded an M.A. in English Literature from UCLA in 1981. After graduation, he moved to New York, worked as a stringer for Reuters International, then in Newsweek Magazine’s letter department, before being hired as a proofreader at Andy Warhol’s Interview Magazine, where he became the magazine’s first staff writer and then senior editor the following year. Between 1982–1985, he conducted hundreds of interviews with well-known figures in film, television, books, fine art, politics, design and science.

Mark left publishing in 1985 and spent most of following decade as an itinerant dharma bum and freelance journalist in Europe, India, and the United States. Shifting professional gears from pop culture to psychology, philosophy and spiritual exploration, he was a contributing editor to Common Boundary Magazine, where his column “The Naked Eye” appeared from 1994–1999, and where “America’s Darkest Secret,” his exposé about incest in the United States, was nominated for a National Magazine Award. During these peripatetic years, he published essays in Harper’s Bazaar, Details, Tricycle, The Utne Reader, Yoga Journal, and The Chicago Tribune; and later in The New Yorker, O: The Oprah Magazine, Out, Modern Maturity, Good Housekeeping, and The Saturday Evening Post.

Mark began teaching in 2006 at Manhattanville College and is now on the faculty at The New York Open Center and The Omega Institute, as well as a regular teacher at Esalen, Hollyhock, The Rowe Center, and 1440 Multiversity. As a teacher and speaker, his work focuses on personal awakening and creative excellence through transformational writing and self-inquiry. His workshops, classes, and mentoring have inspired thousands of people around the world to reach their artistic and personal goals, which is the mission of his company Mark Matousek Media LLC. He is the Creative Director of V-Men, the male arm of V-Day, Eve Ensler’s movement to end violence against women and girls. A member of Phi Beta Kappa and PEN International, he lives in New York City.