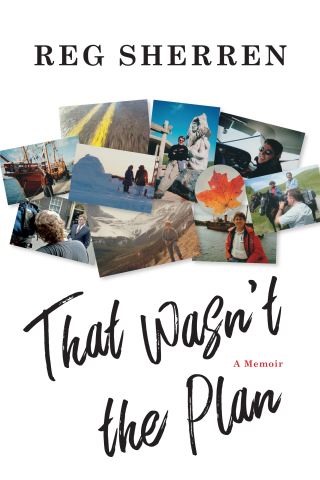 That Wasn’t the Plan

Many Canadians will remember Reg Sherren as host of the popular CBC TV program Country Canada, when he criss-crossed the nation sniffing out amazing but little-known stories of life in small towns and rural areas. Others will recall his many years as feature reporter for CBC’s flagship news program, The National, collecting stories like that of Montreal inventor Catalin Alexandru Duru magically soaring above the earth on his home-made hoverboard to set a new Guinness World Record. In the course of his eventful career, Sherren did everything from guest hosting network radio shows like Cross Country Checkup to reporting from war zones, and his experiences make for a book bristling with memorable characters, unbelievable events and provocative reflection.

Breaking news, politics, crime, economics—Sherren covered it all, and always with what Peter Mansbridge called “his unique ability to weave fascinating detail into the fabric of the people and places that make our nation so diverse and so interesting.” In this memoir, Sherren shares behind-the-scenes stories of his career in television journalism and the many Canadians he met along the way, from the time he rode on the back of a humpback whale to a journey down the world’s longest ice road in a solar-powered car.

Sherren also provides insight into the changing business of broadcasting, having witnessed up-close how the industry has evolved, and why it is more important now than ever. That Wasn’t the Plan will appeal to industry insiders, CBC fans, history buffs and anyone who simply enjoys a good rollicking read.

Reg Sherren is a popular commentator, writer and freelance producer. A two-time Gemini and Canadian Screen Award nominee, Sherren has also been the recipient of numerous journalism awards from the New York and Columbus international film and video festivals, as well as the Radio-Television News Directors’ Association. He lives in Winnipeg, MB.