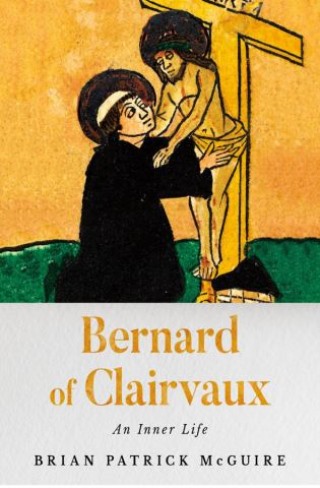 In this intimate portrait of one of the Middle Ages' most consequential men, Brian Patrick McGuire delves into the life of Saint Bernard of Clairvaux to offer a refreshing interpretation that finds within this grand historical figure a deeply spiritual human being who longed for the reflective quietude of the monastery even as he helped shape the destiny of a church and a continent. Heresy and crusade, politics and papacies, theology and disputation shaped this astonishing man's life, and McGuire presents it all in a deeply informed and clear-eyed biography.

Following Bernard from his birth in 1090 to his death in 1153 at the abbey he had founded four decades earlier, Bernard of Clairvaux reveals a life teeming with momentous events and spiritual contemplation, from Bernard's central roles in the first great medieval reformation of the Church and the Second Crusade, which he came to regret, to the crafting of his books, sermons, and letters. We see what brought Bernard to monastic life and how he founded Clairvaux Abbey, established a network of Cistercian monasteries across Europe, and helped his brethren monks and abbots in heresy trials, affairs of state, and the papal schism of the 1130s.

By reevaluating Bernard's life and legacy through his own words and those of the people closest to him, McGuire reveals how this often-challenging saint saw himself and conveyed his convictions to others. Above all, this fascinating biography depicts Saint Bernard of Clairvaux as a man guided by Christian revelation and open to the achievements of the human spirit.

Brian Patrick McGuire is Professor Emeritus at Roskilde University. He is author or editor of twenty-five books, including Friendship and Community.