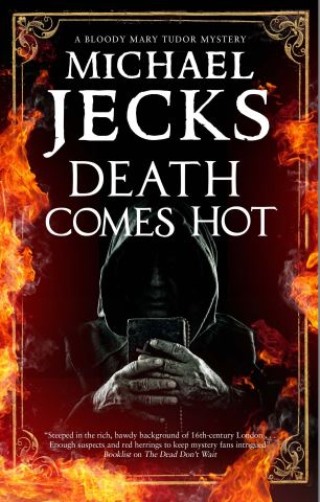 Jack Blackjack's search for an executioner's son ensnares him in a fiendish mesh of schemes in this lively Tudor mystery.

London. May, 1556. Hal Westmecott, one of the city's most feared executioners, reckons Jack Blackjack owes him a favour - and now he's come to collect his dues. Hal has ordered Jack to track down his long-lost son and, although Jack believes he's been set an impossible task, he's in no position to refuse.

But when Jack's search draws him to the attention of a ruthless nobleman, a dead priest's vengeful brother and finally to a bloodstained body in a filthy lodging house, he comes to realize he is an unwitting pawn in a mesh of schemes dreamed up by the most powerful people in England. Just who is a friend, who is a foe - and will Jack escape with his life intact?

Michael Jecks: Michael Jecks is the author of more than thirty novels in the Knights Templar medieval mystery series, and four previous Bloody Mary Tudor mysteries. A former Chairman of the Crime Writers' Association, he lives with his wife, children and dogs in northern Dartmoor.