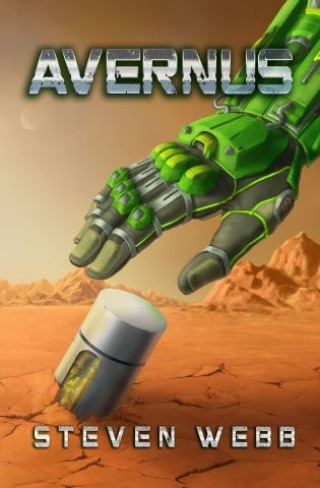 "We need to get this back to the labs before we can run any real tests.” Taylor ran off from the screen yelling, “I’m sending you pictures and my findings so far."

The crew of the Phoenix VII are the first humans to set foot on Mars, and yet, this was insignificant compared to their true mission: to search the Gorgon crater. On their way back home to Earth, a solar flare hits the ship, sending the Phoenix VII out into space. The crew crash lands and finds themselves fighting for their lives.

The Phoenix VII faces aliens, elements, nature and a deadly threat they brought with them from Mars. Their only goal? To get back home to settle the debate about life outside Earth once and for all.

"The last two days all Taylor could think about was the bacteria they recovered from Mars. If what Sophie said was true, and he had no reason to doubt her, then the bacteria was adapting rapidly."

Will they manage to succeed when the unpredictability of the universe sets in?

Avernus: Book One is the start of this unique science fiction world, which will appeal to fans of Kim Stanley Robinson's Aurora and Andy Weir's The Martian. The focus on science and biology will fascinate fans of David Brin's Uplift War series.

"I don't think the human race will survive the next thousand years, unless we spread into space. There are too many accidents that can befall life on a single planet. But I'm an optimist. We will reach out to the stars." - Stephen Hawking

Steven Webb: Steven Webb grew up in Phoenix where his imagination flourished while reading indoors to escape the long hot summers. His love of animals then took him to Colorado where he studied animal biology at Colorado State University all with the dream of one day becoming a Veterinarian. It was at this school that he first envisioned the worlds contained in Avernus. Avernus is his first book and he is already working on the next book in the series. During the day, he has a full schedule at OCJ Kids, a non-profit supporting foster children.