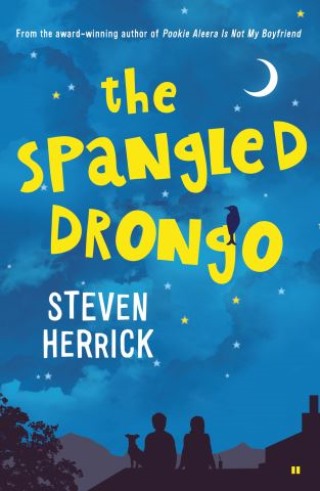 Eleven-year-old Sam has soccer fever. He lives with his eccentric Aunt Amshara and Ronaldo the dog. His best friend is Goose, captain of the local team ... that is, until soccer-mad Jessica moves in next door. Sam soon discovers there's more to life than scoring goals and chasing a ball ...An award-winning comic verse novel of friendship, resilience and letting go of the past.

Steven Herrick: Steven Herrick is the author of twenty-five books for children and young adults. His books have twice won the New South Wales Premier’s Literary Awards and have been shortlisted for the Children’s Book Council of Australia Book of the Year Awards on nine occasions. He is widely recognised as a pioneer of the verse-novel genre for young adults. He is also the author of six travel books. He spends nine months of the year visiting schools in Australia and three months on his bicycle, travelling around, pedalling slowly and thinking about his next book. www.stevenherrick.com.au