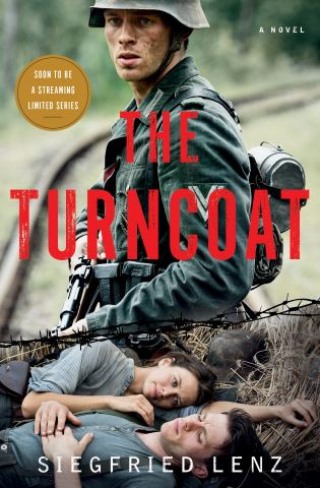 Never has the aftermath for Germans been better depicted than in Siegfried Lenz’s elegiac, The Turncoat. A newly discovered masterpiece.” —Alex Kershaw, New York Times bestselling author of Avenue of Spies

Previously unpublished, this German postwar classic is one of the best books of this major writer, who died in 2014.

The last summer before the end of World War II, Walter Proska is posted to a small unit tasked with ensuring the safety of a railway line deep in the forest on the border with Ukraine and Byelorussia. In this swampy region, a handful of men—stunned by the heat, attacked by mosquitoes, and abandoned by their own troops in the face of the resistance—must also submit to the increasingly absurd and inhuman orders of their superior. Time passes, and the soldiers isolate themselves, haunted by madness and the desire for death. An encounter with a young Polish partisan, Wanda, makes Proska further doubt the validity of his oath of allegiance, and he seeks to answer the questions that obsess him: When conscience and duty clash, which is more important? Is it possible to take any action without becoming guilty in some way? And where is Wanda, this woman from the resistance he can’t forget?

Written in 1951, The Turncoat is Siegfried Lenz’s second novel. Rejected by his publisher, who thought that the story of a German soldier defecting to the Soviet side would be unwelcome in the context of the Cold War, the manuscript was forgotten for nearly seventy years before being rediscovered after the author’s death. A posthumous triumph.

Siegfried Lenz: Siegfried Lenz, born in Lyck in East Prussia in 1926, is one of the most important and widely read writers in postwar and present-day European literature. During World War II he deserted the German army and was briefly held as a prisoner of war. He published twelve novels, including The German Lesson, and produced several collections of short stories, essays, and plays. His works have won numerous prizes, including the Goethe Prize and the German Booksellers’ Peace Prize.

John Cullen is the translator of many books from Spanish, French, German, and Italian, including Susanna Tamaro’s Follow Your Heart, Philippe Claudel’s Brodeck, Carla Guelfenbein’s In the Distance with You, Juli Zeh’s Empty Hearts, Patrick Modiano’s Villa Triste, and Kamel Daoud’s The Meursault Investigation. He lives on the Shoreline in southern Connecticut.