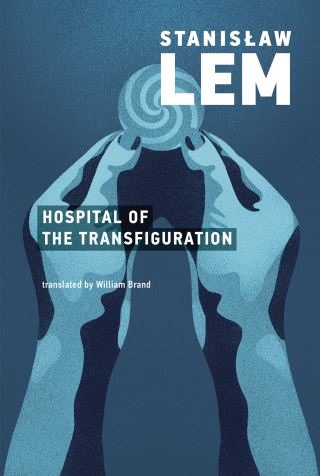 Hospital of the Transfiguration

Taking place within the confines of a psychiatric hospital, Stanisław Lem's The Hospital of the Transfiguration tells the story of a young doctor working in a Polish asylum during World War II. At first the asylum seems like a bucolic refuge, but a series of sinister encounters and incidents reveal an underlying brutality. The doctor begins to seek relief in the strange conversation of the poet Sekulowski, who is posing as a patient in a bid for safety from the occupying German forces. Meanwhile, Resistance fighters stockpile weapons in the surrounding woods.

A very early work by Lem, The Hospital of the Transfiguration is partly autobiographical, drawing on the author's experiences as a medical student. Written in 1948, it was suppressed by Polish censors and not published until 1955. The censorship of this realist novel is partly what led Lem to focus on science fiction and nonfiction for the rest of his career.

Stanislaw Lem: Stanisław Lem (1921–2006), a writer called “worthy of the Nobel Prize” by the New York Times, was an internationally renowned author of novels, short stories, literary criticism, and philosophical essays. His books have been translated into forty-four languages and have sold more than thirty million copies.