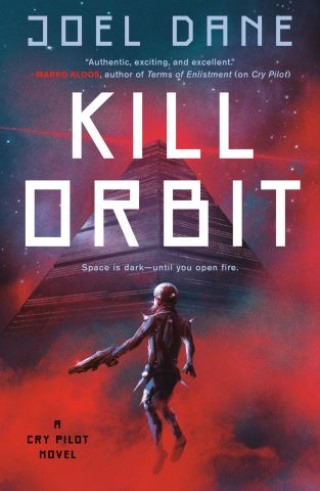 A hostile fleet. A planet killer. And one shot to make it right.

In this gripping new military science-fiction novel, a battle-tested infantry squad pursues an inhuman enemy into the vacuum of space.

Maseo Kaytu's squad is yanked from a much-deserved furlough by an emergency deployment off-planet. But why is Command sending grunts into the "Big Empty"? Without CAVs, without backup--hell, without gravity--the squad is more vulnerable than ever. Tasked with a mission that only they can complete, they track the enemy across the killing vastness of space, from a bizarre interplanetary warehouse to the hidden heart of a research habitation...and beyond.

But the enemy is tracking them, too. Scanning, calculating, preparing. Kaytu joined the military to redeem the bad choices of his past, yet now--trapped in hostile territory--he learns that soldiers face the hardest choices of all.

Joel Dane: Joel Dane is the pseudonym of a full-time writer. As the son of an Army private and an Air Force staff sergeant, he was raised on war stories and interservice rivalry. He's the author of more than twenty books across several genres and has written for film and TV, including a dozen episodes of a Netflix original series. He lives in California and Maine--not at the same time--with his family.