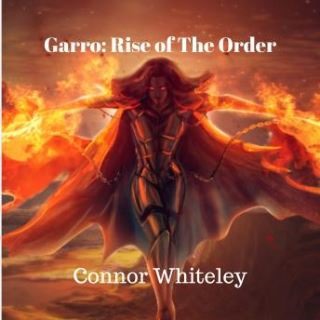 Garro: Rise of The Order

Perfect for lovers of Star Wars, Warhammer 40,000 and magic!

Upon learning the location of his parents Garro it as a daring reason to attack the Iarannthan Homeworld to conquer it but as the fighting gets more intense and the situation gets direr. As darker forces plot to destroy the veil between the living and Undead realms.

Can humanity and the Iarannthans part aside their differences to stop a plot that could annihilate both their races?

Meanwhile as Hugo continues to hunt the God Cabal, he manages to crave a seemingly easy path to the God Cabal, but nothing is as it seems. And if Hugo shows his hand and alerts the God Cabal to his Hunt then he will die and then no one and can humanity.

Can he find the God Cabal without dying and dooming humanity?

On the other side of the Galaxy, Jeremy starts his doomed hunt for the Hammer but as he explores the past and the civilisation that came before humanity and Order.

He quickly realises that some secrets should have remained buried as the galaxy's darkest secrets are exposed and ancient horror return.

Will Jeremy be able to see the impossible threat that the Undead present to the Galaxy and stop them before it’s too late?

If not, all life will be damned to external way. Yet can Jeremy prevent damning himself in the process?

Buy today to find out!