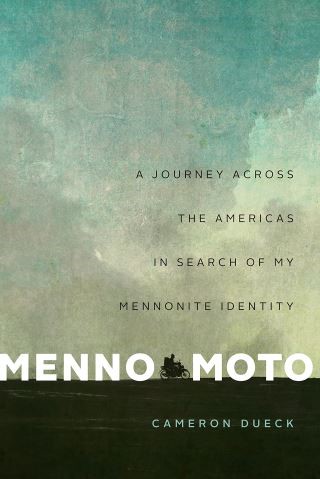 A Journey Across the Americas in Search of My Mennonite Identity

On a motorcycle trip from Manitoba to southern Chile, Cameron Dueck seeks out isolated enclaves of Mennonites—and himself.

“An engrossing account of an unusual adventure, beautifully written and full of much insight about the nature of identity in our ever-changing world, but also the constants that hold us together."—Adam Shoalts, national best-seller author of Beyond the Trees: A Journey Alone Across Canada's Arctic and A History of Canada in 10 Maps

Across Latin America, from the plains of Mexico to the jungles of Paraguay, live a cloistered Germanic people. For nearly a century, they have kept their doors and their minds closed, separating their communities from a secular world they view as sinful.

The story of their search for religious and social independence began generations ago in Europe and led them, in the late 1800s, to Canada, where they enjoyed the freedoms they sought under the protection of a nascent government. Yet in the 1920s, when the country many still consider their motherland began to take shape as a nation and their separatism came under scrutiny, groups of Mennonites left for the promises of Latin America: unbroken land and new guarantees of freedom to create autonomous, ethnically pure colonies. There they live as if time stands still—an isolation with dark consequences.

In this memoir of an eight-month, 45,000 kilometre motorcycle journey across the Americas, Mennonite writer Cameron Dueck searches for common ground within his cultural diaspora. From skirmishes with secular neighbours over water rights in Mexico, to a mass-rape scandal in Bolivia, to the Green Hell of Paraguay and the wheat fields of Argentina, Dueck follows his ancestors south, finding reasons to both love and loathe his culture—and, in the process, finding himself.

Cameron Dueck: Cameron Dueck is a writer and filmmaker who uses adventure travel to tell stories about fringe societies. He sailed his yacht through Canada’s Arctic to research his first book and film, “The New Northwest Passage” and drove a motorcycle from Canada to Argentina to research his upcoming book about Mennonite culture in the Americas. He was previously a financial journalist at Reuters, South China Morning Post and the Financial Times. Cameron lives in Hong Kong.