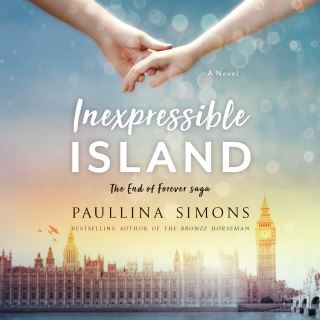 They were ready for anything ... except the end. The must-read conclusion to the epic End of Forever saga by Paullina Simons.


Julian has lost everything he ever loved and is almost out of time. His life and death struggle against fate offers him one last chance to do the impossible and save the woman to whom he is permanently bound.

Together, Julian and Josephine must wage war against the relentless dark force that threatens to destroy them. This fight will take everything they have and everything they are as they try once more to give each other their unfinished lives back.

As time runs out for the star-crossed lovers, Julian learns that fate has one last cruel trick in store for them -- and that even a man who has lost everything still has something left to lose.

Following on from the heartbreaking The Tiger Catcher and A Beggar's Kingdom, Inexpressible Island is the unmissable conclusion to the epic End of Forever saga.

Paullina Simons: Paullina Simons was born in Leningrad in 1963. As a child she emigrated to Queens, New York, and attended colleges in Long Island. Then she moved to England and attended Essex University, before returning to America. She lives in New York with her husband and children.