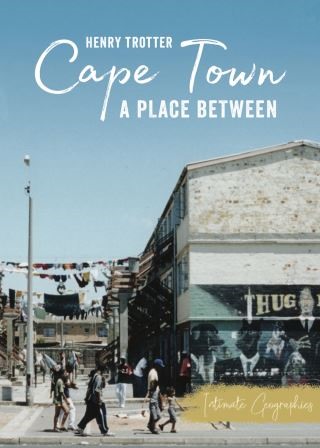 A quirky mix of literary essay meets travel guide meets personal memoir, Cape Town: A Place Between - and each title in the Intimate Geographies Series - provides a personal, idiosyncratic, in-depth portrayal of a place. Filtered through the experiences of an individual who has lived there, knows it, understands it, and has an intense relationship with it, these books offer an accessible, informal tour of a place that covers not only the superficial iconic elements of the place, but the hidden underbelly as well. Told in a casual, open style, the stories shared and the insights gained will have you enthralled by places that you may have known little about, and soon will not be able to forget. Also inspired by Dakota: A Spiritual Geography by Kathleen Norris. For Cape Town: A Place Between, specifically, Henry Trotter's relationship with Cape Town is a bit unusual, even for somebody who has lived there for twenty years. As a Ph.D. student at Yale, he spent years, researching, interviewing and hanging out with sailors, dockers and prostitutes in order to write about dockside culture, globalization, and the sex trade. He also conducted research for a major South African political party in the nation's parliament, and now works at the University of Cape Town. Having lived for years in the townships, Trotter married into the city's unique "coloured" community - a specific culture and ethnicity that emerged in the western cape over the past 350 years when Dutch settlers had children with indigenous Khoisan, and their descendants interacted with Indonesian slaves brought to the Cape via the Dutch East Indies trade ships. Trotter's unique experiences, insider-outsider status and total immersion in the city provides readers with a uniquely gritty, accessible and humorous introduction to Cape Town. Trotter will also serve as the series editor going forward.

Henry Trotter: Henry Trotter is the author of Sugar Girls & Seamen: A Journey into the World of Dockside Prostitution in South Africa. Hailing from California, he has lived in Africa for 20 years and written extensively on African history, culture and education. He is based in Cape Town with his wife and daughter.