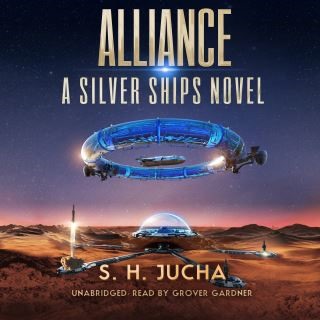 Olawale Wombo and a small contingent of Omnians are sent to assist Earth to uplift its technological prowess. With the aid of the incomparable SADEs, advanced tech is transferred to the Sol Enclave, the system’s governing body.

After Sol’s construction of Tridents—Omnian-designed warships—Earthers possess the ability to transit quickly among the stars. The desire to know what happened to Earth’s colony ship, the Honora Belle, sent to the stars a millennium ago is resurrected. An Omnian Trident and the vessel Rêveur accompany three Sol Enclave Tridents in search of the Belle’s colonists.

Swiftly, the Omnians and the Earthers become enmeshed in a centuries-old conflict enveloping a vast area of space inhabited by alliance races. The enemy is the Colony: a giant insectoid species that has arrivied in force to overtake an alliance home world.

Olawale Wombo must decide whether to abide by the expedition’s original purpose or help the embattled alliance races. He asks himself one question: What would Omnian leader Alex Racine do? He knows the answer to that question. Every Omnian knows the answer.

S. H. Jucha released his first novel, The Silver Ships, in February 2015. That novel began the popular and well-reviewed series, by the same name, which now numbers eleven stories. In addition, Mr. Jucha has authored a second science fiction series, the Pyreans, which takes place in the same universe as the Silver Ships series.