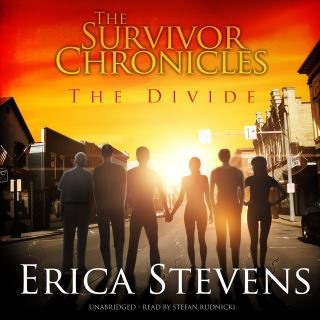 In less than a day, everything they’ve ever known vanished and the world fell into chaos. Uncertain where to turn and who to trust in this strange new world, they must band together in an attempt to survive. However, they slowly begin to realize it’s not only the crumbling earth and treacherous people around them that are a threat, but also something unseen and even more lethal.

Erica Stevens is the author of the Captive Series, Kindred Series, Fire and Ice Series, Ravening Series, and the Survivor Chronicles. She enjoys writing young adult, new adult, romance, horror, and science fiction. She also writes adult paranormal romance and historical romance under the pen name Brenda K. Davies. When not out with friends and family, she is at home with her husband, dog, and horse.