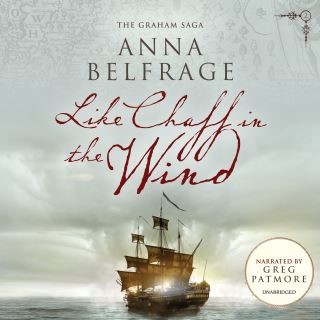 Matthew Graham committed the mistake of his life when he cut off his brother’s nose—however much he deserved it. In revenge, Luke Graham has Matthew abducted and transported to the Colony of Virginia, there to be sold as indentured labor—a death sentence more or less.

Matthew arrives in Virginia in May of 1661, and any hope he had of finding someone willing to listen to his tale of unlawful abduction is quickly extinguished. If anything Matthew’s insistence that he is an innocent man leads to him being singled out for the heaviest tasks.

Insufficient food, grueling days, and the humid heat combine to wear Matthew down. With a sinking feeling he realizes no one has ever survived the seven years of service—not on the plantation Suffolk Rose, not under the tender care of the overseer Dominic Jones.

Fortunately for Matthew, he has a remarkable wife, a woman who has no intention of letting her husband suffer and die, and so Alex Graham sets off on a perilous journey to bring her husband home.

Alex is plagued by nightmares in which her Matthew is reduced to a wheezing wreck by his tormentors. She sits in the prow of the ship and prays for a miracle to carry her swiftly to his side, to let her hold him and heal him before it’s too late. Fate, however, has other ideas, and what should have been a two month crossing becomes a yearlong adventure from one side of the Atlantic to the other.

Will she find him in time? And if she does, will she be capable of paying the price required to buy him free?

Like Chaff in the Wind is the second in Anna Belfrage’s time slip series featuring time traveler Alexandra Lind and her seventeenth-century husband, Matthew Graham.