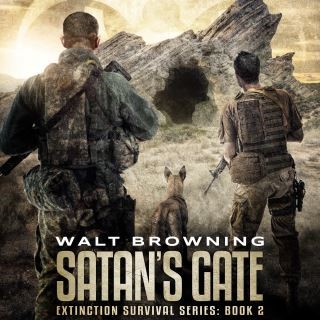 John Eric Carver and Shrek, a retired SEAL war dog team, have created a safe haven in the high mountain desert. The remote former Boy Scout Camp seems perfect, with enough water and stored food to last years. Everything is in place to ride out the viral storm that is consuming the world.

Off the California coast, an aircraft carrier strike group carrying nearly fifteen thousand souls seeks refuge. There is talk of moving to an isolated island, untouched by the infected. That changes when they are given new orders to retake Los Angeles from the Variant hordes.

Survival will require courage and commitment. But most of all, it will demand sacrifice. Both groups thought they had escaped the apocalypse, but they are about to find out how wrong they are.

Walt Browning is a doctor and continues to practice today in Central Florida, where he started his career almost thirty years ago. He has written for Kindle Worlds, creating a story for the top-rated Extinction Cycle series by Nicholas Sansbury Smith.