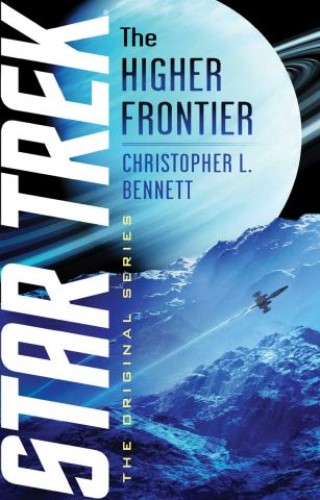 Investigating the massacre of a telepathic minority, Captain James T. Kirk and the crew of the U.S.S. Enterprise confront a terrifying new threat: faceless, armored hunters whose extradimensional technology makes them seemingly unstoppable. Kirk must team with the powerful telepath Miranda Jones and the enigmatic Medusans to take on these merciless killers in an epic battle that will reveal the true faces of both enemy and ally!

Christopher L. Bennett: Christopher L. Bennett is a lifelong resident of Cincinnati, Ohio, with bachelor’s degrees in physics and history from the University of Cincinnati. He has written such critically acclaimed Star Trek novels as Ex Machina, The Buried Age, the Titan novels Orion’s Hounds and Over a Torrent Sea, the two Department of Temporal Investigations novels Watching the Clock and Forgotten History, and the Enterprise novels Rise of the Federation: A Choice of Futures, Tower of Babel, Uncertain Logic, and Live By the Code, as well as shorter works including stories in the anniversary anthologies Constellations, The Sky’s the Limit, Prophecy and Change, and Distant Shores. Beyond Star Trek, he has penned the novels X Men: Watchers on the Walls and Spider Man: Drowned in Thunder. His original work includes the hard science fiction superhero novel Only Superhuman, as well as several novelettes in Analog and other science fiction magazines.