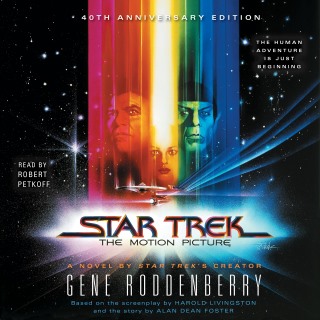 Available for the first time on audio!

The original five-year mission of the Starship Enterprise to explore strange new worlds and to seek out new life and new civilizations has ended. Now James T. Kirk, Spock, Dr. McCoy, and the rest of the crew of the Enterprise have separated to follow their own career paths and different lives. But now, an overwhelming alien threat—one that is ignoring all attempts at communication and annihilating all opposition in its path—is on a collision course with Earth, the very heart of the United Federation of Planets. And the only vessel that Starfleet can send in time to intercept this menace is a refitted Enterprise, with her old crew heeding the call to once again boldly go where no one has gone before….