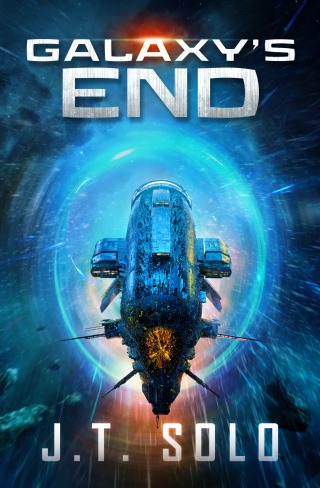 Dax, Captain of the Kyrie, has been flying in space for long enough to know his way around interplanetary travel. Maneuvering, gravity wells, wormholes to get you between solar systems; he’s old hat at it all.

But the most important part of any space journey is constant connection to the Tactum.

The Tactum is the subspace communication link between a thousand worlds. Five hundred years ago, it joined one solar system to another, enabling instantaneous communication for all citizens of the galactic government. The Tactum enabled humankind to colonize the galaxy.

And it has never gone silent. Until right now.

J. T. Solo:
J. T. Solo loves 1970’s sci-fi covers. There’s something about the idea of space travel (especially Fermi’s Paradox) that keeps him up at night. Although he’s never been to space, he feels completely qualified to be an astronaut due to his attendance at space camp in the seventh grade. If he doesn’t become a household name for his writing, he’d happily accept being the first man on Mars instead. J. T. (currently) lives on the west coast with his furry cat named Tribble.